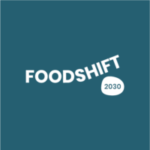 The FoodSHIFT2030 project takes departure in the EU Food 2030 Research and Innovation Policy Framework, the EU’s commitment under the Paris Agreement and the UN Sustainable Development Goals (SDGs) to launch an ambitious citizen-driven transition of the European food system towards a low carbon circular future, including a shift to less meat and more plant based diets.

By utilizing and supporting the transformative power of citizens already engaged in developing sustainable innovative food system solutions in European city-regions FoodSHIFT2030 will deliver an increase in food sector jobs and SMEs, an increase in citizen empowerment and urban-rural cohesion, and a lasting positive impact on food system sustainability that will continue beyond the project lifetime.

A further transition of the food system beyond the FoodSHIFT2030 project will be obtained by creating a snowball effect starting with targeted knowledge transfer via a number of city and region networks working on facilitating the food system transition and continuing the establishment of FoodSHIFT Enabler Labs in other European and global city-regions.

Find out more at:

This project is funded by the H2020 EU Innovation action

❗️ DRAXIS is always a supporter of #innovation and #sustainability ❗️ It was with great pleasure that our #Draxis Founder, Evangelos Kosmidis, participated as a reviewer in the Next Stage Sustainability Bootcamp. A program aiming to support 12 different innovative business ideas related to sustainable development. 🎉 Congratulations to the winning ideas! #Draxis #sustainability #innovation #startups #challenge #ideas #technologytransfer ... See MoreSee Less

DRAXIS is an SME that focuses on developing real life environmental ICT solutions and providing spec...

✌️ Our #tech #DRAXISteam at Voxxed Days Thessaloniki !We are all here at “Ioannis Vellidis” Convention Center and looking forward to a day full of #inspiration #technology and fun!And if you are looking for a fresh start we currently have two open #tech positions.▪️Senior front-end developer▪️Senior Software Busine#techlover➡️Come and meet us!#DRAXIS #techevent #techlover #thessaloniki #skg #vdthess22 #code #programming #conference #software ... See MoreSee Less

📆 On June 29th, at the 13th International Conference on #Air #quality in Thessaloniki, during which all the latest #scientific #research and its applications on air quality will be discussed, #Draxis will present its work on this domain.More specifically:✅ The benefits of using #artificial #intelligence in #air #quality #forecasting ✅ Models, #Data #sources and methodology used for data-driven environmental monitoring💪🏻 This technology was developed by DRAXIS in the context of hackAIR and #callisto projects!Come and join the discussion in person or virtually!More information about the event here 👉 bit.ly/3OhIlR0 #draxisteam #airquality #thermalcomfort #forestfire #airpollution #environment #monitoring #datascience ... See MoreSee Less

We use cookies on our website to give you the most relevant experience by remembering your preferences and repeat visits. By clicking “Accept All”, you consent to the use of ALL the cookies. However, you may visit "Cookie Settings" to provide a controlled consent.
Cookie SettingsAccept All
Manage consent

This website uses cookies to improve your experience while you navigate through the website. Out of these, the cookies that are categorized as necessary are stored on your browser as they are essential for the working of basic functionalities of the website. We also use third-party cookies that help us analyze and understand how you use this website. These cookies will be stored in your browser only with your consent. You also have the option to opt-out of these cookies. But opting out of some of these cookies may affect your browsing experience.
Necessary Always Enabled
Necessary cookies are absolutely essential for the website to function properly. These cookies ensure basic functionalities and security features of the website, anonymously.
Functional
Functional cookies help to perform certain functionalities like sharing the content of the website on social media platforms, collect feedbacks, and other third-party features.
Performance
Performance cookies are used to understand and analyze the key performance indexes of the website which helps in delivering a better user experience for the visitors.
Analytics
Analytical cookies are used to understand how visitors interact with the website. These cookies help provide information on metrics the number of visitors, bounce rate, traffic source, etc.
Advertisement
Advertisement cookies are used to provide visitors with relevant ads and marketing campaigns. These cookies track visitors across websites and collect information to provide customized ads.
Others
Other uncategorized cookies are those that are being analyzed and have not been classified into a category as yet.
SAVE & ACCEPT